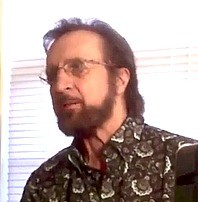 Born on this day, was songwriter and keyboardist, Bobby Wood who wrote Crystal Gayle’s “Half The Way” and Ronnie Milsap’s “He Got You” as well as recording with Kris Kristofferson, Garth Brooks, George Jones, and Tammy Wynette.

Garth Brooks released his seventh studio album, Sevens which debuted at #1 on the Billboard 200, and on the Top Country Albums chart. The album also topped the Country album charts in Britain for several months and crossed over into the mainstream pop charts. His duet with Trisha Yearwood, “In Another’s Eyes”, won the Grammy Award for Best Country Collaboration with Vocals at the Grammy Awards of 1998. Sevens was nominated for the Best Country Album Grammy the following year.

Garth Brooks released The Limited Series, his second box set to be sold exclusively at Wal-Mart and Sam’s Club stores. The set contained his previous two studio albums, Sevens and Scarecrow; plus his Double Live album; The Lost Sessions, a new album of previously unreleased material; and an All Access DVD containing behind-the-scenes footage of his concerts. The Limited Series is Brooks’ first box set to be released under his label, Pearl Records; he had left his longtime label, Capitol Records, earlier in the year.