Tammy Wynette was at #1 on the Country singles chart with “He Loves Me All the Way.” Written by Billy Sherrill, Norro Wilson, and Carmol Taylor, it became Tammy Wynette’s seventh #1 solo hit on the country charts.

George Jones’ classic track, “He Stopped Loving Her Today” was at #1 on the Billboard Hot Country Singles charts. The melancholy song, written by Bobby Braddock and Curly Putman has been named in several surveys as the greatest country song of all time.

Johnny Cash made his last ever live performance when he appeared at the Carter Ranch. Before singing “Ring of Fire”, Cash read a statement about his late wife that he had written shortly before taking the stage: “The spirit of June Carter overshadows me tonight with the love she had for me and the love I have for her. We connect somewhere between here and heaven. She came down for a short visit, I guess, from heaven to visit with me tonight to give me courage and inspiration like she always has.” Cash died on Sept 12th of this year. 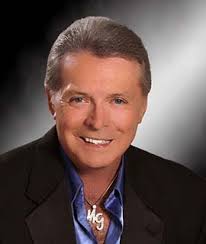 Mickey Gilley was seriously injured in a fall in Branson, Missouri. The 73 year-old was helping a neighbor move some furniture when he fell, with the ‘love seat’ falling on top of him, crushing four vertebrae. The incident left him temporarily paralyzed from the neck down . After intense physical therapy he was able to walk again and returned to the stage a year later. However, he still lacks the hand coordination necessary to play the piano.